Attack of the Fur People, or Why Europe Sucks 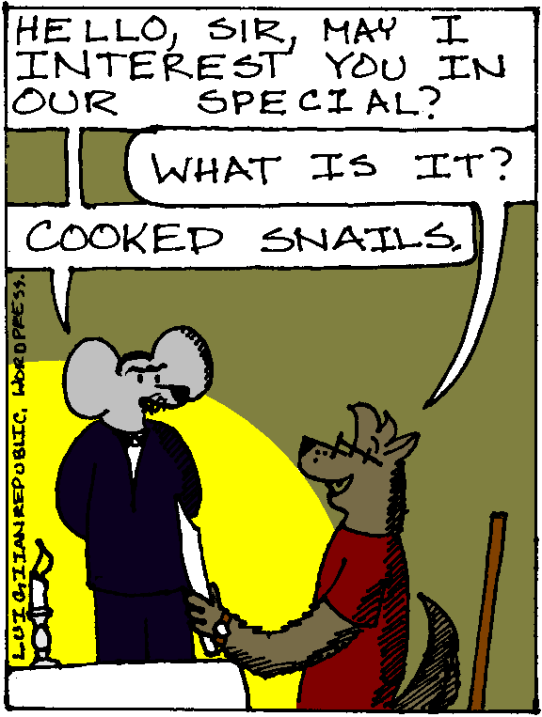 Europe is a land which has given the world many big, if not necessarily good, things. For example, Europeans of medieval times gave the world horrible smell, which they gained from their God through not bathing for months on end. They then used this powerful gift to kill tens of millions of Indians, who were so overcome by the stench that they became known as “Native Americans”.

Terrible smell, however, is only one of the cornucopia of gifts that the Europeans (most notably France, by the way) have given our world. For example, drunkenness is a staple of both Germany and Ireland, which Europeans also (somehow) found a way to kill Native Americans with. Sweden has given the world full frontal nudity, which many people, especially British people, take to extremes (thanks Something Awful). In short, Europe has given the world many huge things, which will someday end all humanity currently residing on Earth.

And don’t even get me started on cheese.

However, Europe has also given the world many other things I am not happy about:

FRANKFURT, March 22 — A German judge has stirred a storm of protest here by citing the Koran in turning down a German Muslim woman’s request for a fast-track divorce on the ground that her husband beat her.

In a remarkable ruling that underlines the tension between Muslim customs and European laws, the judge, Christa Datz-Winter, said that the couple came from a Moroccan cultural milieu, in which she said it was common for husbands to beat their wives. The Koran, she wrote, sanctions such physical abuse.

A lot of people think that the situation has been resolved because the judge was removed. A lot of people would be wrong. This case further illustrates why Europe sucks so bad: Europe thinks that they understand other cultures, except that they don’t, never have, and probably never will.

Whenever a rational-minded person, i.e. one that is not European, hears that a man is beating his wife and saying that he is protected by the Q’uran in doing so, they assume the following (unless they are an ignorant redneck):

However, as this case proves, whenever a European hears about a man that has beaten his wife, they assume that it is that guy’s culture, dammit, and that they have about as much right to take that from him as they have to colonize every single continent on the face of the Earth, including continents they haven’t even heard of yet (i.e. the Americas, which many Europeans still don’t know about).

We expect more from the people that gave the world the Crusades, Machiavelli, the Thirty Years War, all the wars that came after that, Boer War I, Boer War II, World War I, World War II, and let’s not forget the Falklands for Britain. I mean, come on: Europe gave the world The United States, and every day I thank the Lord that I can buy products from Wal-Mart hand assembled by starving children in Third-World countries via good-old Euro-American capitalism.

Of course, the world shouldn’t be surprised at Europeans protecting a man’s right to beat his wife, because Europe likes to protect culture very much. For example, Darfur, which literally means “Home of the Fur People“.

Whenever a typical person looks at Darfur, I’m thinking they usually make several assumptions right off the bat:

As with most genocides, however, Europe refused to help. When Saddam Hussein gassed the Kurds in 1988, Europe did nothing. When the Hutu-Tutsi conflict occurred in ’94, France, Belgium, and the United States all refused to help. Only kind Canada sent anybody to do anything.

So of course, whenever this latest event occurred, Europeans and Americans everywhere went out of their way to explain why they wouldn’t do anything to help the persecuted people of Darfur. After all, these people said, it was just another ethnic conflict in the region. And people from the United States and Europe didn’t want to militarily stop the Janjaweed because they associated this support with Iraq. The primary reason nothing was done was because Americans and Europeans pissed themselves in fear of the Chinese protecting their primary oil supplier, but nevermind that. Europe was doing it for the Sudanese people.

Way to go Europe. Way to piss on the millions of lives you killed by not stopping the Holocaust. Way to let another genocide occur unabated until there’s nobody left to protect. Ironically, the Americans made the most trouble by attaching the Darfur genocide to their Iraqi involvements, but since the United States was created by former Europeans, and since this article is devoted to why Europe sucks, well, I think you get the idea.

I think it’s time we did something regarding Europe besides protecting it and its obscene barbarian ways. If they’re not doing evil things like asking Sudanese children to name teddy bears after various prophets, they’re getting drunk, taking off all of their clothes and having sex with each other, all at the same time. It’s just mayhem, and it’s time it stopped.

I personally feel that Europe should be made Mormon. As Utah proves, Mormonism is able to make even the wildest perverts into white-bread pod people, people that never drink or drink and drive or do drugs or gamble or probably even have sex. In fact, many Mormons reproduce via mitosis. Therefore, I think Mormonism would help Europe end its evil ways. Within months, Paris might even stop smelling like urine.

Or else it would just promote polygamy. Hey, nobody’s perfect.

Tell me what you think! email me: Luigirepublic@aol.com